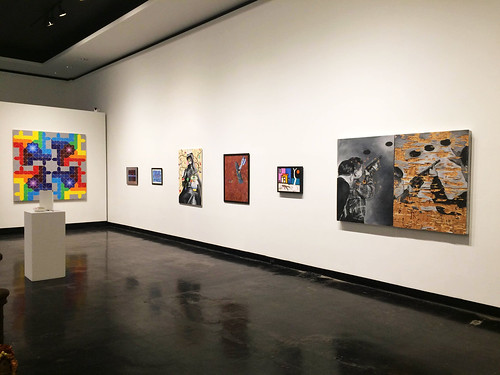 The Big Show is Lawndale Art Center’s annual open-call, juried exhibition. It has been an important venue through which emerging and under-represented Houston area artists gain exposure since the show’s conception in 1984. The Big Show was formerly the East End Show, sponsored by the East End Progress Association, at Lawndale’s original location.

Each year Lawndale Art Center invites a guest juror to select from work submitted by artists living within 100 miles of Houston. Artists are invited to submit up to three works of art, not previously shown in Houston, for a chance to be included in the exhibition and a shot at $3,000 in cash awards.